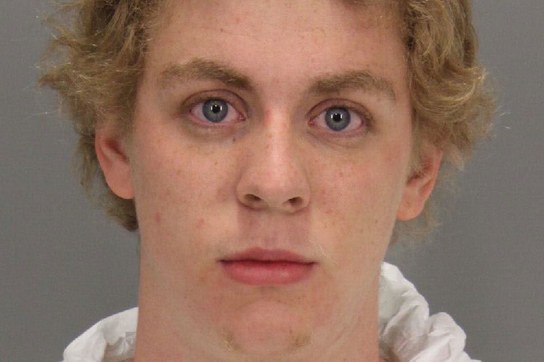 By now, you have almost definitely heard about Brock Allen Turner, the man convicted of three sexual assault felonies. The reason you’ve been seeing his name in the news and all over social media? Beyond committing a heinous and unthinkable crime where he sexually assaulted an unconscious woman and was convicted of three sexual assault felonies, he’s only been sentenced to six months in jail.

Six months. Even class A misdemeanors – such as resisting arrest or possession of a controlled substance – can land you in a county jail for up to a year. But three felonies and sexually assaulting an unconscious woman and this guy gets six months and has to register as a sex offender. As you read on, you will notice that I refer to him as “Brock Allen Turner, the man convicted of three sexual assault felonies,” instead of just by his name. The reason, to me, is very simple: every article I have read on this subject refers to him as a former student, or a star Stanford swimmer, or an Olympic hopeful, or something else that lessens what he actually is. A man convicted of three sexual assault felonies. A man who sexually assaulted an unconscious woman behind a dumpster.

I want more than anything to be able to refer to him as “rapist,” however, I cannot. Are you ready to be really pissed off?  According to the state of California, he is not a rapist. In this particular state, rape is defined as “non-consensual sexual intercourse that is committed by physical force, threat of injury, or other duress.” Sounds a lot like what happened, right? No. Brock Allen Turner, the man convicted of three sexual assault felonies, sexually assaulted his victim with a foreign object. This means that the only reason he is not a convicted rapist is because he didn’t assault her with his penis. That’s right, everyone. Strangers can insert foreign objects into us while we are conscious or unconscious and apparently it’s not rape.

I don’t know about you, but my blood is boiling with anger. This is what rape culture looks like, folks. 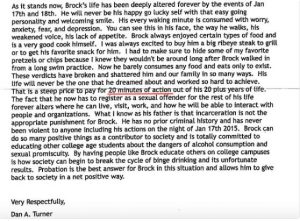 It’s easy to write off the idea of rape culture as some crazy, anti-man, feminist movement, but it is a real problem and it is very evident in our society. We teach our young girls not to “ask for it.” Not to dress “too slutty” or too prude like, not to wear too much make up or too little, not to drink too much but not to be a buzzkill. We teach them not to be a victim instead of teaching our men not to attack. And I know, I know, not all men are rapists and not all men will sexually assault someone; however, would you only teach a handful of kids how to read because you assume the rest will pick it up on their own? No. You teach them all to read and you teach them all not to rape or sexually assault someone. It is a cultural problem that was discussed by the Psychology Benefits Society. They shared three qualities of rape culture and how we can fix them within our society. The qualities listed were: hyper-masculinity, sexual objectification of women’s bodies, and systematic and institutional support – the last quality we can see in the case of Brock Allen Turner, the man convicted of three sexual assault felonies.

After the sentencing of her aggressor, the young woman provided a statement to BuzzFeed News. There were over two dozen quotes I pulled out wanting to share of her reaction. This woman, so genuine, honest, and brave, who put her life on hold for a year to get a sentencing, didn’t want her aggressor to rot in prison. She just wanted him to understand that what he did was not acceptable. Brock Allen Turner’s father, the father of the man convicted of three sexual assault felonies, and the sentencing shows us rape culture through the support of the young man’s decision to assault this young woman. She addressed her aggressor through Buzzfeed, saying, “If you think I was spared, came out unscathed, that today I ride off into sunset, while you suffer the greatest blow, you are mistaken. Nobody wins… Your damage was concrete; stripped of titles, degrees, enrollment. My damage was internal, unseen, I carry it with me. You took away my worth, my privacy, my energy, my time, my safety, my intimacy, my confidence, my own voice, until today.”

Rape and sexual assault are very real, very serious issues that plague our society. The National Sexual Violence Resource Center reports that “one in five women and one in seventy-one men will be raped at some point in their lives.” If you or someone you know has been raped or sexually assaulted you can call the National Sexual Assault Telephone Hotline at (800) 656 – 4673 and you will be connected with a confidential and judgement-free staff member who can assist you.

It takes very brave women like the one that Brock Allen Turner, the man convicted of three sexual assault felonies, assaulted to speak up. In conclusion to her statement to BuzzFeed, she addresses every woman, saying: “I hope that by speaking today, you absorbed a small amount of light, a small knowing that you can’t be silenced, a small satisfaction that justice was served, a small assurance that we are getting somewhere, and a big, big knowing that you are important, unquestionably, you are untouchable, you are beautiful, you are to be valued, respected, undeniably, every minute of every day, you are powerful and nobody can take that away from you. To girls everywhere, I am with you. Thank you.”

We at Badass + Living are outraged by this ruling and firmly stand beside all victims of rape and are vehemently against victim-blaming.