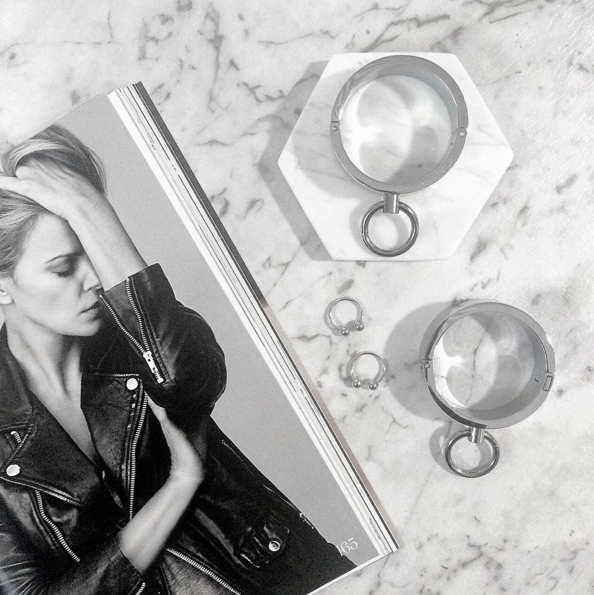 Whether through a snide comment about your latest plans, an interruption mid-sentence or a slew of reasons you cannot or should not do, think, feel, eat or say, bullies have a very specific way of exhausting those around them with their disrespect. “My ex was always coming up with new ways to steamroll me,” says Michelle, 32. “It started with small criticisms about how much makeup I wore and ended up with him accepting a job offer in another state and telling me right before we needed to put the condo up for sale. When I complained, I was told I was not supportive. It not only made me feel unimportant to him but completely out of control of my own life,” she says. Dealing with someone who feels the need to call the shots through whatever means is never easy but there are ways to get on equal ground and protect yourself from further manipulation. Read on for eight ways to regain power over the situation.

Even if you cannot walk away from a situation with a bully entirely, you can absolutely excuse yourself from the space in which you are being attacked–even if for just a moment. “When my rude colleague would come into the office and start with me, I would get up and get a cup of coffee in order to gather myself for a few moments,” says Charles, 36. “Just having that time to exit and regroup was so self-soothing while I tried to figure the rest of it out.”

When we get upset or face situations we perceive as dangerous, it is not uncommon for our heart rates to increase which can lead to shortness of breath and dizziness. “When my sister yells, I literally go into a state of panic and have had anxiety attacks,” says LeAnne, 32. When you feel yourself getting antsy, focus on taking long, deep breaths from your diaphragm (as opposed to shallow breathing from your chest) and try the time-tested (and wildly effective) 4-7-8 technique. Breathe in for 4 seconds, hold it for 7 and breathe out for 8. Do this at least 5 times.

3 | Assess the severity of the situation.

No one likes to be bullied in any capacity, but there is a difference between someone being annoying or rude and someone being a real threat to your physical, emotional and mental health. Only you can make that call. If you are dreading coming into work, finding yourself anxious and/or losing sleep, there is a need to address the situation immediately.

4 | Resist the temptation to take it personally.

It’s hard not to take criticism, exclusion or belittling personally, but it’s essential to accept that they are the problem, not you. Research shows that adult bullies were usually bullies in childhood which means the likelihood that their negative behavior started with you is low. “I worked with a woman who would make fun of me on a daily basis. I felt horrible and it really affected my self-esteem. One day, I met a woman who also worked for my boss and told me she had to leave because of her abuse. She told me she always picked one person in the office to use as her verbal punching bag and had even been sued for it once! I felt so badly for this woman and others but it made me feel better to know that it wasn’t really about me,” says Shawn, 39.

The worst thing about being bullied is how powerless we feel in the face of it. This is why it is so essential to do whatever needs to be done in order to protect yourself. Even if you’re not yet in a place where you feel comfortable addressing the behavior with the bully (or a supervisor, if at work) there are things you can do in order to help yourself stay strong. Write down everything that happens (include the date and time as well as specific details and witnesses) and surround yourself with a solid support system. As with any abuser, bullies want you to feel isolated, counteract that with a strong foundation of friends and family members.

Instead of waiting until the next attack, prepare yourself by sitting down and thinking about the last two times you were bullied. Write down each encounter in as much detail as you can and look for similarities: did you leave the scene? Did you scream or cry? What were the patterns of the bully? What were the patterns in your own reaction? Now, think about two ways of handling the situation differently. Chloe, 39, was tired of her mother belittling her in public and decided to try a new reaction which, to her surprise, worked like a charm. “My mother was always nitpicking me in front of people and I would usually say something which only led to a bigger fight later. One day, she attacked me in front of a store clerk and I just looked at her with a blank face as did the clerk and then the two of us continued our conversation. My mother was left to stand there on her own. I think her seeing that someone else found her comments inappropriate embarrassed her. When we left the store, she apologized.”

7 | If you feel comfortable speaking up, stay calm.

There is a saying that suggests that he or she who stays the calmest gets out of the fire faster. While we cannot change another human being, we can create and enforce boundaries in our own lives. Once you have assessed whether or not you feel comfortable standing up to the bully (and if it is safe), brainstorm ways to take action in a clear manner in a space where you feel confident. Whether you’re going to involve a third-party, such as a trusted friend or HR rep, commit to staying calm even if they deny the truth, become aggressive, manipulative or critical. All of which are real possibilities. “My dad has yelled at us since as far back as I can remember and my mother always got it the worst of it. One day, instead of staying silent with tears in her eyes like she had for years, she looked at him and said, ‘Steve, I have had enough. You speak to me with respect or you cannot speak to me at all.’ We were shocked. He started yelling and talking over her again and she refused to engage it. Instead, she got up and left the room. She did this every time he yelled from that moment on until one day it sunk in that if he wanted to talk to her, he had to speak to her like a human being. It was a really huge moment for all of us!” says James, 37.

It’s not always easy to seek out a third party when you feel anxious, scared and embarrassed, but it’s often a necessary action to bring an end to bullying. Aside from reporting the problem to HR (if at work), you can also ask colleagues and friends to step in and speak up on your behalf the next time it happens. Studies have shown that bullies back down half of the time in ten seconds or less when confronted by a third party. But what if you’re in a situation where you do not feel safe? If there is even a slight chance the bully might become violent, do not provoke them. Leave the situation immediately and seek the help of a friend, family member or colleague, along with a law enforcement officer. If you’re in a domestic violence situation, get to a safe place and use a pay phone or friend’s cell phone–any phone but your own–to call The National Coalition Against Domestic Violence at 1-800-799-SAFE (7233).