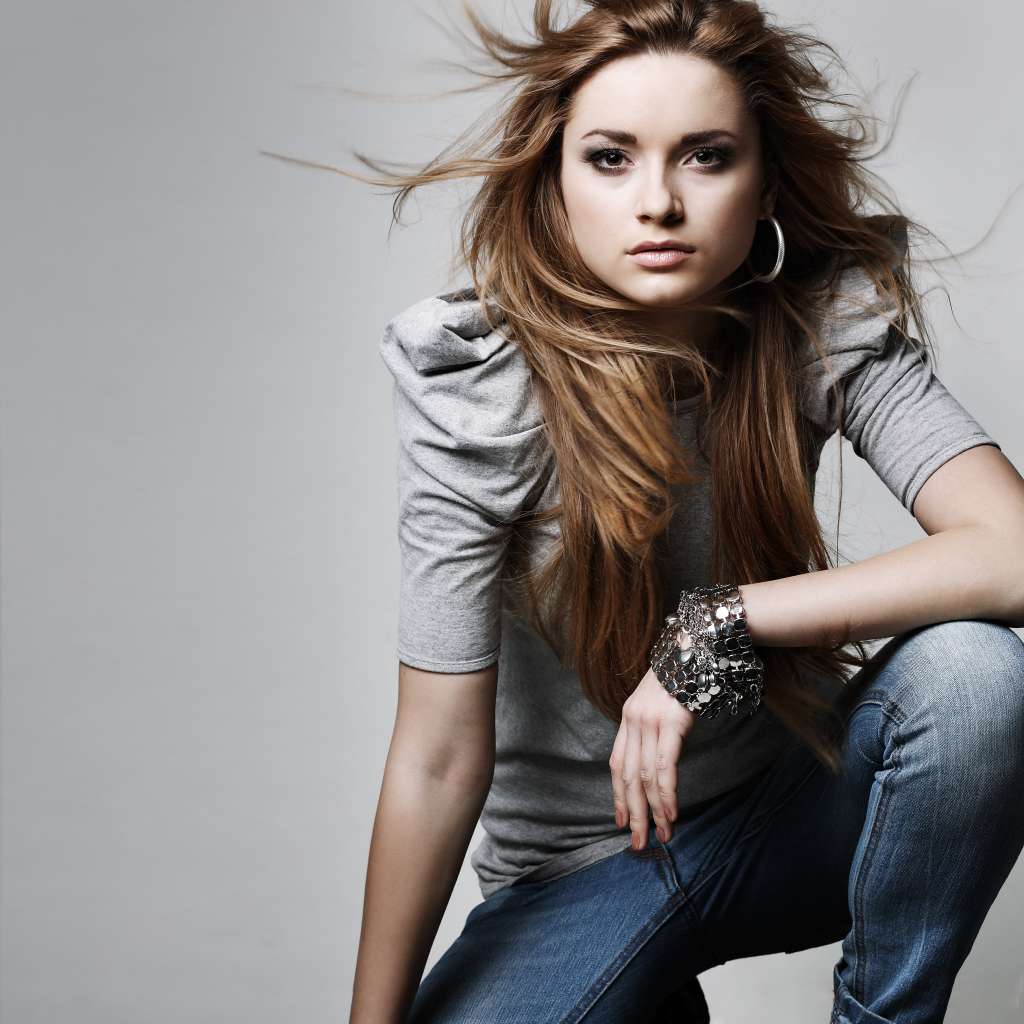 “I just want to make him understand—I need to find a way to get him on the same page,” said my distressed girlfriend over a double cappuccino. Though this particular scene was being performed in New York, it was one being played out all over the world. It was also one in which I had also performed numerous backbends in. Before I go on, know this: my girlfriend is no idiot. She’s a beautiful, intelligent and successful woman by all accounts. She was also ‘dating’ a man she “really liked” and he “seemed interested when they were together” and “said so many wonderful things” over drinks before they went home together. She would wake up in his arms the morning after (no doubt aching for him to want her) only to have him revert to his typically cool behavior. That’s when she would awkwardly say goodbye and jump into an Uber feeling rejected, confused and a little angry with herself. Hope, sadness, desperation and desire weaved a mix of words that seemed to leave her both relieved and exhausted once expressed. I remember looking at her mid-sentence and feeling both empathy and annoyance. How could she not see that his every action was telling her that he didn’t care about her the way she wanted him to? Drenching myself in hypocrisy offered an immediate wake-up call. Of course, she can see it, but she’s hoping he will… eventually.

That’s when it clicked. She was waiting for him to change.

Like so many of us, this lovely, intelligent woman had tossed the map she had carefully laid out, (the one that guaranteed to lead her to the vision she had for herself) in order to follow an elusive golden carrot that promised her said vision with man-who-clearly-didn’t-want-what-she-wanted in tow. It’s a game we have all played and encourage one another to play in jobs, friendships and relationships. Think about it: how many times have you heard or said these exact words or ones like them?

The idea that we are all capable of changing the inner workings of the brains of other humans with thousands of unique life experiences seems absolutely ridiculous when written on paper (I know, I just wrote them). Yet, when it comes to getting what we want in another person, many of us feel that we are equipped with a special mix of psychological expertise, military-style strategy skills and mystical voodoo powers.

We suddenly believe that by way of a series of behaviors, words and games, we can “make” or convince someone else to do or be something they aren’t naturally inclined to do or be—or simply don’t want to do or be. The very idea they would not comply with this transformation is so shocking and infuriating that we spend months (or even years!) working at it. When the inevitable crumbling of the structure happens, we angrily lament on how much time we “wasted” and curse the other person for not being who we decided they could (should) be.

I know this game well. I used to be a master at diving into situations with certain personality types and then ignoring signs of incompatibility. I would then exhaust myself trying to get these people to “see” that their behavior was toxic or “convince” them that I was worthy of their love, attention and respect. I would twist myself in knots waiting for signs that they “finally understood” that the way they were treating me sent an uncaring and/or unsupportive message or see how much more successful they could be if they tried when they complained they were not achieving their goals. I once even tried to change someone’s nasty (narcissistic) personality disorder via a vision board. Note: You can’t manifest an asshole into a nice person (no matter how much sage you burn). I flat our refused to accept the fact that these people knew who I was and the right way to behave and they knew who they were and were behaving in a way that felt right enough to them.

Here are some other facts we sometimes refuse to accept:

Get where this is going?

The only thing you can do is offer the best parts of yourself, share your needs and desires and see how the other person responds. Therein lies your power. You then can choose to accept them as they are or take yourself out of the equation when you realize that their choices and your values aren’t in alignment. Yes, they may change, but they may not. At both points, you have your answer, but it is never going to be under your control. You control what you do, so if you’re not happy or not being treated like a priority after you share your needs, you have a choice to leave. But you have to choose to accept the reality of the situation instead of trying to buy more time by filling in the blanks. Getting caught on the hook that a partner can be sold on your vision “later” or that someone who is treating you poorly “just doesn’t know” or “is scared” is only going to hold you back. People are either into something or not. They know when they are not acting right. They are not bad people for not feeling it, but it is also not your life calling to teach grown men and women how to behave, make them want children or believe in monogamy. This realization is both liberating and terrifying (and even a little annoying). Still, once you really digest it, I promise you that life becomes easier. Sure, it still hurts when you have your hopes pinned on someone to be/do/share something in your life, but that pales in comparison to the pain and exhaustion that comes with trying (and failing) to mold another human being. That approach is never going to work out the way you want it to. Not only will the corrosion of resentment, frustration and rejection will be felt on both sides, it’s a natural inclination to resist control (which, as well-meaning as it may be, it is). The only way to find happiness in your relationships, both platonic and romantic, is to stop and accept situations and people for what they really are. Though it goes against our rom-com, you-can-do-anything ideals, the fact is that some people do not want to be in relationships, will not want to be in one with you, do not care about their health, do not feel a desire to succeed, and yes, some are perfectly happy being assholes.

After learning this (the hard way, too many times), I realized was that I needed to get clear on what I really wanted and change both my approach and my expectations. I did not lower my standards, but they did change. I didn’t start accepting bad behavior, but I did accept that no one would be my absolute ideal. I began to question myself to see if what I was asking of the other person was fair, and if it was, I would decide from there. I had to answer the hard question of why I believed that my time, energy, love and concern was well spent on attempting to reconstruct someone else. I also held myself accountable for attaching myself to people who “could have” or initially pretended to have the qualities I was looking for instead of simply waiting for someone who entered the relationship with them and flashed them consistently.

In doing this, it became clear that the only person I needed to change was me. I took a bit of a breather from dating and began to accept chaotic colleagues a little more compassionately and cut out a couple of “friends” who were not living up to the title. When I re-entered the dating scene, I decided to take an entirely new approach. I would allow other people to be who they were without putting my two cents or projections into the mix. I would not guide them or call them out on every little thing and I would not share peanut gallery comments whenever there was something I did not like. I would simply observe. This simple change offered me a wealth of information. When you take the pressure off of someone to be who you want them to be, they relax and show and tell you who they really are in a number of ways. I listened closely to the stories and jokes they told and the importance they placed on certain values and topics. I paid attention to the way they showed me how they felt about themselves, the people in their lives, the world and me through consistent and inconsistent action. Though it was not always easy (or pretty) I learned that it is true that most people cannot hide their real personality for 30 days. In 90, you’re all but guaranteed access to a clear set of patterns in order to make a valid assessment. By that time, your common sense should tell you if the patterns of behavior are in line with what you’re looking for. Does this mean that the assessment must always be negative, even if they are not who we want them to be? Absolutely not. In fact, it’s often the opposite. Whether we admit it or not, we all want to love and be accepted for who we are. Denying others their right to love and live in their way/not love us/not want us/not want what we want is wrong. To vilify them for not wanting us or what we want is unfair. To be angry at them when we allow them to behave in ways that don’t make us feel good is avoiding accountability and sitting around waiting for them to have the same vision or values is just detrimental and difficult for all involved.

The time you are losing, wishing and whining would be spent better working on transforming your own life. Instead of waiting for someone to “wake up” and realize that you are a great catch, accept they are not right for you and get out there and date other people. Instead of wishing your mother-in-law would stop being a jerk, use her behavior as an incentive to learn how to create better boundaries. When your friend continues to behave like a frenemy, learn how to disengage. Instead of trying to change them, change how you respond.

Previous Post
U.S. Agencies Take Their Tweeting Rogue
Next Post
10 Reasons You’re Stuck In A Life You Don’t Want To Be Living