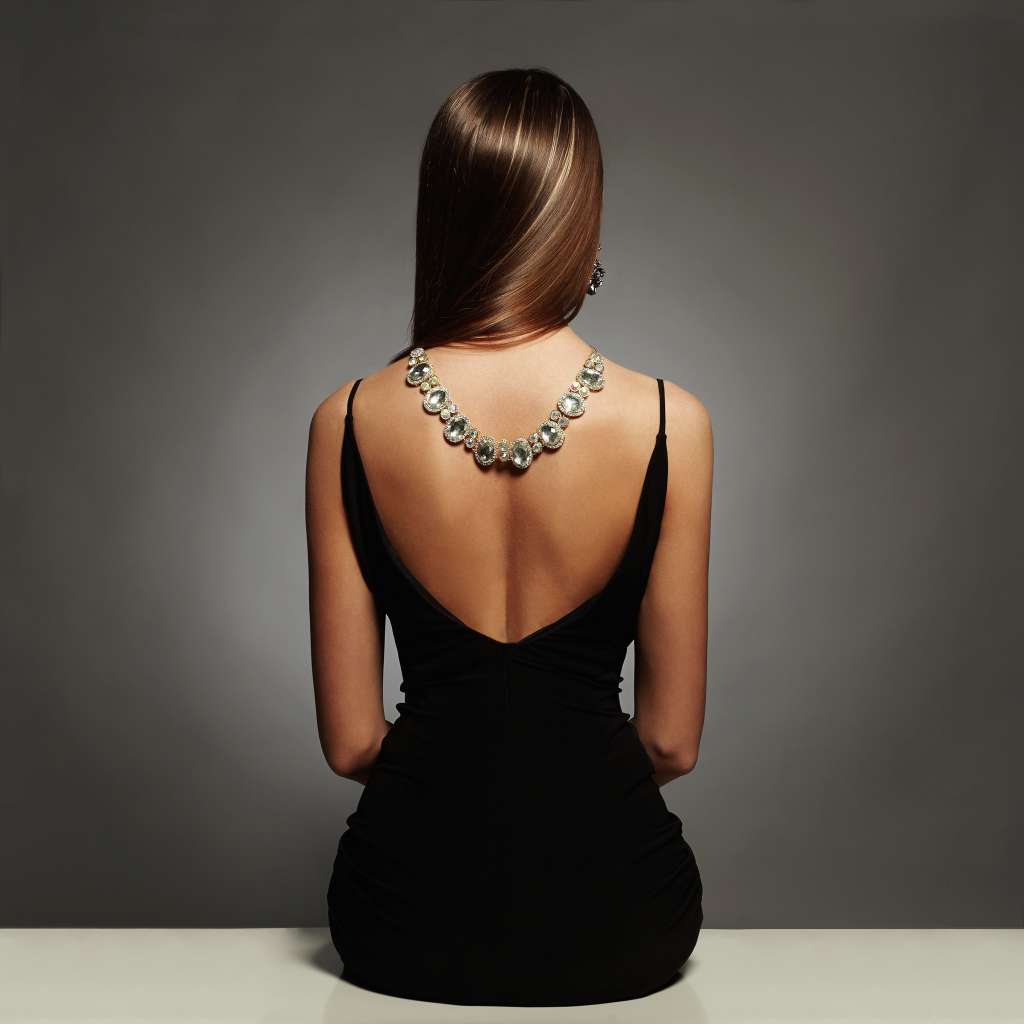 “Don’t move or your head will roll!” warned the man with the cold, loaded .22 to my 8-year-old temple. Paralyzed with fear, I stood with stone legs, praying they would not shake as they always did when my father got this way. Though he’d tell anyone who would listen that he had fought in Vietnam, the truth was his drunken “flashback” episodes were merely delusional fantasies brought on by watching Rambo a dozen too many times. His penchant for violence was common and notated by the bite marks, pinch marks and blood-filled welts that covered my body on a steady basis. He seemed to enjoy the power that came with seeing me in a state of terror. Tonight was no different.

His eyes were bloodshot and the heavy, thick foam that had formed around his mouth from the saliva that had accumulated while he was screaming made him look like a mad dog. I responded to his questions with one-word answers, all the while fearing I might say something wrong and lose my life. After standing motionless for what seemed like hours, I suddenly felt the hot sensation of skin being yanked from my skull as I was dragged by my hair and thrown against a wall for being “born bad.” This was a favorite excuse of my father’s to beat me. Second only to the fact that I was not the boy he wanted me to be (though that did not stop him from calling me “son”). I often wondered if my being born Brendon instead of Brenda would have prevented him from tormenting me the way he did.

Adulthood has answered this question.

On most nights, while my peers took baths and watched television, I was being bullied and told that I was a “bad seed” who was destined to make mistakes. He explained that it was his duty to keep me in line since I was so inherently bad that I would fall by the wayside, regardless of my intention. If I complained, he’d remind me that my mother had left and he could put me up for adoption, after all, so I should be grateful. He likened his “spanking” to a natural preventative measure such as taking a multivitamin. “Get daddy’s belt,” he would demand. If I garnered up the courage to ask what I had done to deserve a beating, the answer was always “in case you do something tomorrow.” I do not remember much else of what he yelled at me that night, but the sensation of the inside of my arms being pinched, my pinkies being bitten and the warm blood dripping down my forehead as the result of a belt buckle smashing into my eyebrow is a memory that haunts me whenever I look into the mirror and see the scar it left behind.

Though violence had been a part of my life since birth, I never lived with the impression that what went on in our home was normal, nor did I feel responsible for my father’s behavior. I saw him as a demonic presence that somehow found its way into the lives of the innocent people who surrounded him. This was mainly myself, my grandfather and whatever woman my father happened to be married to or dating at the time. To me, my father was the ultimate culmination of all things I had been taught were “bad and unholy” on my Sunday trips to church with my grandfather. I often felt I was living out the stories I would read in the Bible, where good took on evil — only in our house, the good never seemed to stand a chance. The “good” in my house was my grandfather, a man so honorable, gentle and caring that I based my ideas of the God I read about on his disposition.

To say that my grandfather was the only person in my life who made me feel as though he cared if I ate, slept, lived or died would be a gross understatement. “I am your best friend and you are mine,” he would say as I sat on his lap, enjoying the candy he had snuck into my room and hidden under the pillow at the top of the army cot I slept on. My beatings hurt me, but the pain I endured was nothing compared to what I felt when I had to watch my frail best friend beaten and humiliated. Witnessing my hero receive lashings that left his glasses broken and back covered with lacerations made me feel the kind of hatred that leaves bile on your tongue. Our time alone was full of conversation and laughter, almost normalcy, but that would change as soon as we would hear the clanking sounds of my father’s boots on the pavement outside of the front door. We’d sit in fear in my room behind a closed bedroom door, both secretly wishing we had the ability to protect the other from whatever fate had in store for us that night. Unfortunately, one was too young, the other too old, and both far too weak.

Wondering if God truly heard our prayers for safety, I asked my grandfather why God had not intervened and had allowed my father to continue to hurt us. He explained to me that as long as we were good people, God would take care of us, and he instilled in me that all prayers were heard and answered if they came from those who were honest in their requests. From that point on, I started praying that my father would never come home. “I hope daddy dies,” I said to my grandfather. Stunned, my loving grandfather scolded me and told me never to stoop to such a negative and spiteful level, regardless of what others were doing around me. These words remained burnt in my mind but gave me little comfort on the nights my father would come drunk and violent, a routine as common for us as dinner and rest were for others.

Then, of course, there was the shame.

The neighbors in our cockroach-infested apartment building spoke of the “drunken lunatic” who lived in apartment 1A, and none of the children I so desperately wanted to play with were allowed to get near me. Treated with the shame that belonged to my father, I learned at a young age that the world of laughter and Barbies, a place with ice-cream cones and bedtimes, had no place for little girls with welts and tattered clothing. Thankfully, my grandfather had a childlike love of checkers and games, along with a heaping pile of patience, so I was able to play and laugh as I imagined other children did. I loved my grandfather’s company but I resented my father for his behavior and how it made my having friends an impossible dream.

I knew everyone knew of his antics, but I had somehow convinced myself that despite the bald patches and long-sleeved shirts, no one knew I was hit. That dream was shattered one night while doing my father’s laundry in the laundromat. Two of my classmates came in with their mother. I watched with envy as they giggled and played together, both receiving the motherly affection I craved but never knew. Suddenly, one turned to me and asked, “Do you know the song, ‘Dear Mister Jesus’?” I knew it well. The song was about a little girl who was beaten by her parents and ashamed of it. I had seen the video on the television and memorized the song but I dared not answer her. Before I could escape the room, the two girls started singing it. I demanded they stop, but my pleading went unnoticed as it did with everyone but my grandfather. It was the first time I was aware that my secret was not a secret at all. People knew and it shattered my spirit.

When school teachers and church members saw me falling asleep out of sheer exhaustion and unable to sit down due to searing burns brought on by beatings from leather belts, hangers, wires and flyswatters the previous night, law officials were often called in. Women would come into the school to watch me undress, gasp at the marks and listen to my story. I learned after a few “meetings” with my father that these well-intentioned men and women were excellent in coming in and repeating everything I had told them in confidence, but “protecting me” was a whole area of expertise they lacked. Keeping my mouth shut and lying about my wounds became my new specialty. When the beatings would leave marks on my lower legs and arms, I would cover up in jeans and long-sleeved shirts. My father called this loyalty. I called it survival. “You know daddy is sorry,” he would say the day after, handing me a present of some kind. “You don’t want daddy to go to jail, do you?” he would ask. I would shake my head no and secretly pray he would leave and never come home. This was a man who smashed my guinea pig against the wall and killed it in front of me when I forgot to put the clothes in the dryer. There was no room for error.

With my promises to lie to doctors and hide my welts, the only clues anyone had that my father was still as brutal as ever were the late-night screaming on his part and loud pleading on the part of his chosen victim. This was usually me or his wife or girlfriend, as my grandfather had too much grace to yell or yelp.

This continued until I was removed from the home. My grandfather got a place of his own far away from my father and remained my only light in a very dark world. He passed away a month before I was to move in with him. I found myself homeless and heartbroken for most of my teens, but also hopeful. Because of my grandfather, I knew there was a better life out there waiting for me. I promised myself that I would honor him by getting an education and making my time on earth matter, even if only to my grandpa and myself. I got up at 4:00 a.m. and took three buses to make sure I didn’t have to attend my 20th school. I slept in a storage room at USC before getting into American and attending college, and I slept out all night in front of where President Clinton was to speak in order to meet him before I applied for — and was granted — an internship at The White House. With the help and guidance of a number of mentors, I eventually realized my dream of becoming a published author, all the while building a family of friends who have more than made up for the lack of love and support I felt as a child.

Though I still suffer my share of flashbacks and emotional scars, I live with a determination to experience as much peace and joy in adulthood as possible. Until now, I have been afraid to share my story. I’ve been afraid to allow readers to see my tattered clothing, my scars and vulnerability. I’ve been terrified of admitting that I come from such an ugly and painful place. But fear should be faced head-on and if I am going to fight it, I will do it in a forum that allows the opportunity to help anyone who can relate to it find the courage to move past the past or reach out to get help to escape a painful present.

This post is not about my strength, it’s about yours. Whether you were held or beaten, cared for or neglected, happy or sad, take a moment to remind yourself that we are not defined by what has been done or done to us, but by what we choose to do with the time we have left.