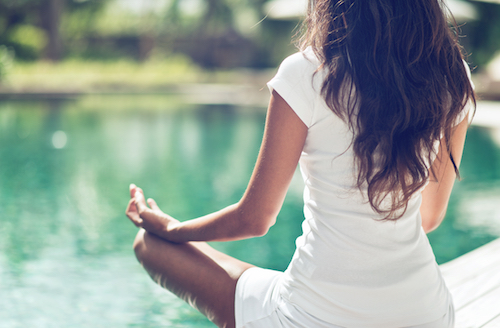 We live in a busy world with a seemingly never-ending list of things that can’t wait, things that need to be done, things that we must do, right here right now. While some obligations are downright blessings, the pile of small urgent tasks can leave many of us feeling overwhelmed, exhausted and even less productive.

Media outlets are now filled with research proving that, while our human brain is advanced and capable of many things, like multitasking, it is not effective at it. Take this transcript from a recent NPR episode where Mr. Daniel Weismann, a professor at the University of Michigan, stated, “Psychological research has shown that when people have to switch back and forth and they try to these multiple things at the same time. They are in fact slower like you said it would take 10 minutes for you to do three things at once as opposed to seven to sort of just do one, two, three in that order.”

Perhaps instead of doing more in less time, we simply do less?

I will never forget the day I sat on my cold, hardwood floors sobbing over all the things I had to do. Two moves in 11 months, infant son, new job, little family support, and it was weeks from my son’s first birthday party – the son I waited 5 years for. While many suggested I did not need to throw a big party, I felt deep in my heart that I had to. Perhaps, it is because when I was growing up, the only day my parents seemingly paid attention was my birthday. I also decided to use this milestone as a deadline to go through the remaining boxes from our most recent move; because why not? The self-imposed pressure was on and it nearly killed me.

It all changed when my husband witnessed this emotional moment and gently said three important words: Let. It. Go.

Maybe it was the way he said it this time. It changed the way I look at balance – in life, in work and in relationships.

In life: Move the boxes one at a time.

After carefully assessing my list and my family’s need for a sane, unstressed person, I walked around the house and put each moving box, one by one, in a place that was out of sight, choosing to tackle them on a cold, snowy day in the distant future.

I felt an unbelievable sense of freedom. The party planning suddenly became fun. The things that “needed” to be done around the house lost their importance. I had more capacity and emotional space for the simple pleasures of life.

In work: Stop rushing to do “one last thing.”

I put less importance on doing that “one last thing.” It made me barely on time to meetings and limited my ability to be present. Instead, I now have regularly scheduled coffee breaks or lunches with colleagues and I try to show up early to meetings so I have the opportunity to build relationships. The men do it, so why shouldn’t I? After all, I have just as much experience even if I sit many levels lower. I think I’ve missed a key ingredient: less doing and more bonding.

Work-life-balance is not an unfamiliar term. Dozens of articles and books speak about what you can do to maintain balance: meditate, practice mindfulness, take breaks. Insurance companies offer Employee Assistance Programs. Corporations are building wellness rooms, game rooms, and cafes filled with fancy coffee machines in an effort to show they care. Yoga and meditation retreats continue to expand around the world. However, we still feel overburdened by work and/or life.

In relationships: Stop getting caught on every little hook.

We often allow ourselves to get sidetracked by comments and moments (big or small) that we infuse with meaning. My brother once described me as a lion where I’d lick my paws in quiet but if someone upset me in the wrong way, I’d attack. I’m working hard to retrain how I react to such situations and recently came across a great book my hubby and I are jointly reading, which ultimately influenced us to create a meditation space in our home – Loving Kindness: The Revolutionary Art of Happiness by Sharon Salzberg. One paragraph stuck with me in particular:

“A mountain is not moved by the winds blowing over it, whether gentle or fierce. The ocean is no destroyed by the waves moving on its surface, whether high or low. In just that way, no matter what we experience, some aspect of ourselves remains unharmed. This is the innate happiness of awareness.“

Perhaps it is time to turn this work-life-balance concept upside down and simply change our mindset with three simple words: