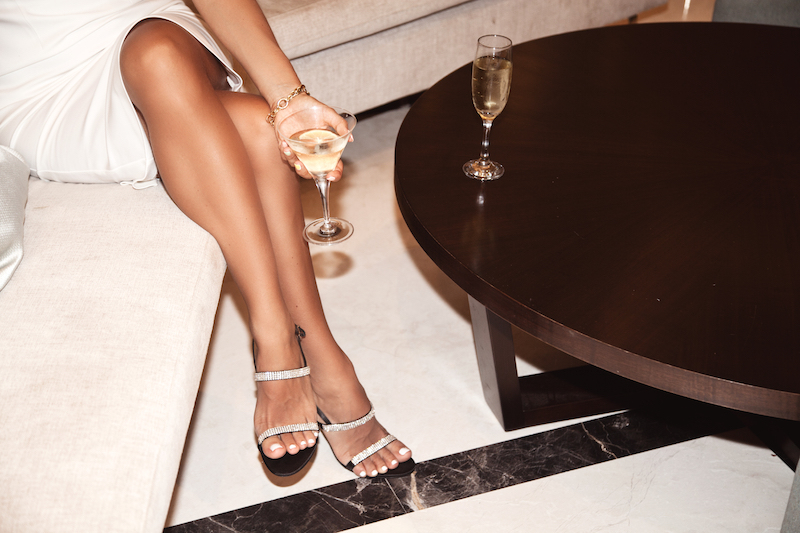 If we are being honest, we have all been on some [very] bad dates. For most of us, it just ends with an awkward goodbye and a couple of days of ghosting. But there are some men and women who find themselves feeling trapped, or even threatened by the person they go out with. It is with them in mind that the #NoMore sexual violence and abuse campaign was created by the council for Lincolnshire county. The ads are letting people know that by asking the waitstaff or bartender for “Angela,” that they are sending a signal that they feel they are in an unsafe situation. The staff member will then help them get home safely. The new campaign is currently only running in the United Kingdom, but judging from the thousands of retweets and social media posts, both men and women are eager to see it expand into other countries.

October is National Domestic Violence Awareness month in the U.S. and videos like this one where a woman experiences over 100 instances of verbal harassment while wearing a t-shirt and jeans, it’s no surprise that many women report dealing with some type of harassment or abuse almost every time they step out of their homes.

So how serious is violence and abuse in our society? According to Safe Horizon, one in four women and one in seven men in the United States will be victims of domestic violence or abuse in their lifetime. There is an average of three women a day dying at the hands of their current or former abusive spouse or partner (4,000 women died in the U.K. in 2015) and twenty-four people per minute who are victims of rape, physical violence, or stalking by an intimate partner in the U.S alone. This isn’t just a problem for women, either; let’s not forget about the the two in five bisexual or gay men who are abused by their partner.

Do these statistics alarm you? They should.

This is why the campaign of asking for “Angela” is exactly what every bar in every county around the world needs to orchestrate. Hell, let’s make grocery clerks, post office workers, government employees, and waiters know about this! Let’s make the world a safer place for all men and women who find themselves in scary situations, in or out of a bar.

Whether it’s dealing with an unsolicited catcall, being followed, the fear of a lingering stranger spiking their cocktail, or the torture of thinking their date might really want to harm them, too many women are feeling they can never relax and feel truly safe.

This campaign is a groundbreaking one that finally addresses the very real problem of violence against women (and men). Other countries should follow Lincolnshire’s lead. It’s may not immediately end domestic abuse or sexual harassment, but knowing that “Angela” is waiting at the bar if she’s needed can help us all feel a little safer and less alone.

What do you think of this campaign? Have you ever needed to ask for “Angela?”