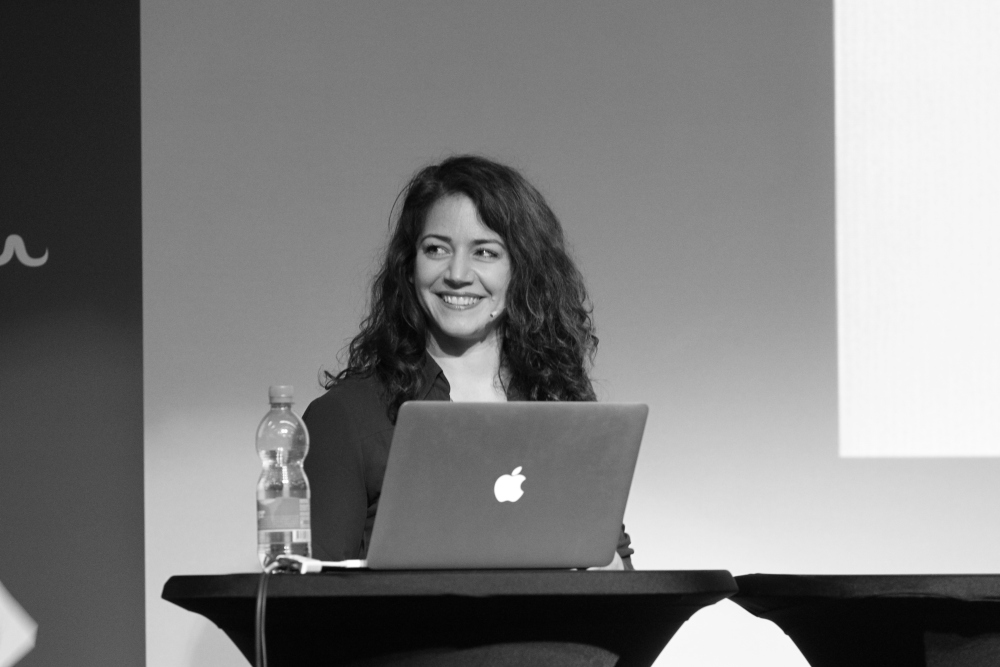 Location: Silicon Valley and the world

Sara was one of the first freshmen university interns at Hewlett-Packard. She started her career in IT as a trailblazer. She is the founder and co-host (2007-2015) of World Nutella Day and has appeared in The New York Times, The Wall Street Journal, CNN, ABC News, TIME, and Businessweek, among many others. Sara is a well-known mentor and advocate for women’s empowerment in her field.

What are the biggest changes (and challenges) for a young woman looking to follow a trajectory similar to yours in her early 20s, compared to when you started about 20 years ago?

I think it’s easier for a young woman (or anyone, really) than it ever was. When I first started, I devoured O’Reilly books on how to code Perl. At that time, using Linux, the command line, reading books or taking a class were really your only hope. Now, with the wealth of information online, the multitude of classes you can take on your own schedule and being able to meet people who do something you’re curious about, you have a lot more opportunities. The technologies change, but the curiosity, asking questions and trying things is the same.

You’ve been living abroad in Italy for over 10 years now. In what ways has that helped your career? And in what ways has it hindered you or held you back?

I think one of the biggest ‘holdbacks’ I had living in Italy was finding mentors or role models in my industry; there were very few of them and the chance to get exposed to them or meet them was rare. After I helped found the Girl Geek Dinners in Italy and encouraged networking amongst women in tech, there were more opportunities. Hopefully that’s changing Italy for the next generation. Internally, we’re working on a mentoring program that’s location-agnostic to help more people find mentors despite where they live.

You’ve been referred to as a “Renaissance Woman” for your widespread expertise in both technical and artistic endeavors. How do you find and keep a balance between all of your various interests and projects?

I’m lucky that I don’t rely on income from many of my projects which gives me more freedom to experiment as well as ignore them when I need to. I’ve been safely able to ignore the “find a niche” mantras and continue to explore both the artistic and techie sides of me.

Who are the people that mentored and inspired you?

There’s a great article I included in my newsletter about how to be mentored by anyone. That’s the approach I’ve taken with a lot of people who I had no way to actually meet but who have inspired me: read everything they’re putting out there. I’ve also enjoyed interview-style podcasts which I think are close to the modern-day biographies. They can be super inspiring.

What advice would you give to someone who has an idea and wants to see it through to something bigger?

Thinking big never hurts, but I think you have to start with others who are just as excited as you are about it and build from there. I wrote about my experience founding communities. It really starts from a tight nucleus of people who are willing to put time and effort into it. Even if you’re doing something on your own, you’ll need your own happy fans or customers who will become part of your “something bigger.”

For a young woman looking to start out in a career in your field, what do you think are the most valuable skills, tools, or essential educational background to have in today’s environment?

Curiosity. I can’t stress this enough. If you hear about a new service/tool/idea, get multiple perspectives and sources to help you understand it. If you see someone doing something which excites or intrigues you, don’t stop with “wow, that’s cool, but I’ll never be able to do this” — try and turn that onto its head and ask, “How can I do that, too?” Delve into it! Be voracious about all the information you can find, all the failures and triumphs, lessons learned, etc. Most of us (myself included) are even documenting it along the way on our websites. The information is there for the taking.

You’ve taken quite a few professional risks in your life and had great success – what gives you the courage to keep trying new things and keep pushing your boundaries?

We are so worried about failure, aren’t we? Most of the worries come from within – that’s why I wrote Stop Sabotaging Your Own Success: A Manifesto, to remind us to take risks and silence that inner critic. In reality, very few risks today require you to mortgage your house or alienate yourself from your network or family to make it work – the risks can be varied and even incremental. For me, changing directions or decisions isn’t a failure, it’s a reaction to the new environment and situation which can be completely valid.
I also think trying new things keeps you ahead of changes. You’re already looking around and getting information ahead of when you need it (for a job change or a move, for example) and it’s much less scary to approach it that way.

What do you think is the biggest misconception about women in tech?

The biggest misconception about women in tech is that there’s just one kind of woman in tech: a programmer. I’ve had a very roundabout career, starting as someone who geeked out about databases and spreadsheets (I still do), to my first job as a network engineer, to later serving as a sysadmin and many different roles and responsibilities along the way, to ending up as Director of Marketing in my current company. I’m still a woman in tech; I still want to understand the underlying technologies and infrastructure that we’re building our products and websites on, though I can choose with each subject how deep I’ll go.

How do you manage to keep your online presence, blogs, and social media platforms updated without becoming overwhelmed or losing sight of your objectives?

I allow myself to have waves and periods where I can focus on something and not be disappointed when I can’t.

Finally, what makes you a badass woman in tech?

Because of the other badass people I know! I have great friends and I’m really proud of them. I firmly believe that success is not a finite or limited thing and that helping others achieve their success will help you, too.