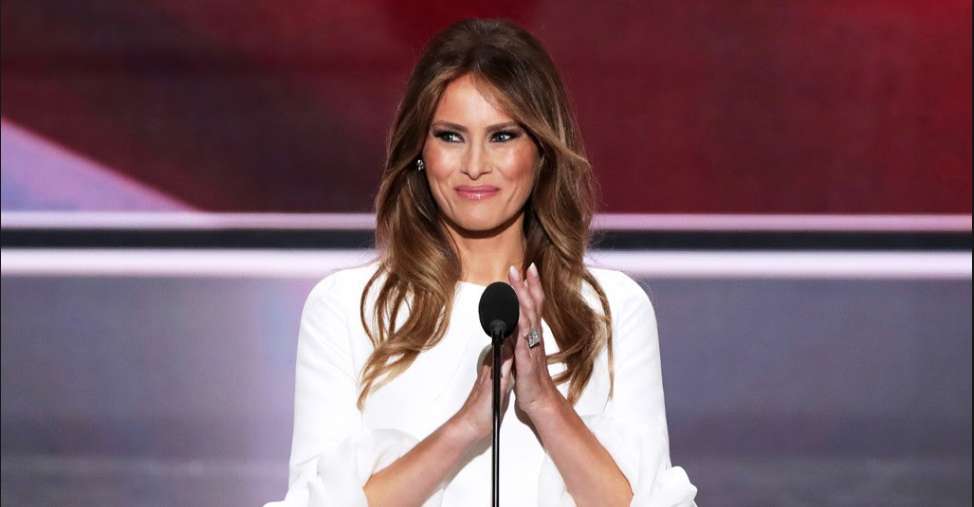 If you’ve turned on your television sometime in the past week, then it was hard to miss that yesterday was the first day of the Republican National Convention. The RNC will continue throughout the week in Cleveland with speakers such as Senator Ted Cruz, retired astronaut Eileen Collins, Vice Presidential nominee Mike Pence, and many family members of the presumptive nominee Donald Trump. However, that’s just the official lineup. In just the first day of the convention, there were a couple of unexpected events.

Yesterday morning, artist Spencer Tunick packed up his van and headed toward the Quicken Loans Arena where the RNC is being held. Why was he heading down to the arena that early in the morning? Tunick was preparing to photograph women for his installation Everything She Says Means Everything. One hundred women arrived to be photographed naked holding large mirrors. They were “reflecting the knowledge and wisdom of progressive women and the concept of ‘Mother Nature’ into the convention center, cityscape, and horizon of Cleveland.”

Each woman had a unique reason for volunteering, but all revolved around a shared belief that the the GOP and Trump maintain a negative and controlling attitude toward women. Tunick told Esquire, “The Republican party has given an excuse to hate. We have daughters and we want them to grow up in a society where they have equal rights for women.”

The day didn’t end with Tunick’s amazing photos; later that afternoon, the RNC had a surprise guest. Clad in a blue wig with matching eyebrows inspired by The Hunger Games, Stephen Colbert made an unwelcomed (but totally hilarious) appearance. (Seriously, click that link).

After walking his viewers through the convention, the comedian made his way to the main stage – the one place he wasn’t supposed to go – and grabbed the microphone to announce the opening of the “2016 Republican National Hungry for Power Games.” As security was trying to put an end to his antics, Colbert told everyone, “Look, I know I’m not supposed to be up here, but let’s be honest, neither is Donald Trump.”

The host of The Late Show has been very outspoken during this election, including hosting an all-Trump debate when the candidate refused to attend an official one because it was moderated by Megyn Kelly, but this seems to be his biggest (and my favorite) stunt so far.

Moving into the evening, the speeches and special remarks – by the invited guests – began. Though former General Hospital star, Antonio Sabato Jr. wowed the crowd with his very conservative, pro-Trump leanings (and suggested that President Obama was a Muslim on the side of “the bad guys” afterwards) the only speech anyone seems to be talking about today was the one given by Melania Trump, Donald’s wife.

While Melania had several lines in her speech that were heartwarming, many people felt a wave of déjà vu. Maybe it’s because it sounded a lot like the speech Michelle Obama gave in 2008. When comparing the words side-by-side you can clearly see the similarities… because they’re almost word for word the same. Remember when you were in college and needed to site things? You’d get into some serious trouble for it being this close. Worse than the alleged plagiarism, the Trump campaign is calling this “really absurd” and stated that “This is once again an example of when a woman threatens Hillary Clinton, she seeks out to demean her and take her down.”

I wish I could blame someone else for all of my mistakes, too bad that’s not what mature adults do in these kinds of situations. Instead of taking any responsibility for this, the Trump campaign continues their tactic of deny, deny, deny until the next thing comes up.

Yesterday was truly an action packed day of fun for everyone at the RNC and utter shock for the rest of us. Thankfully, we still have several more days to look forward to for the unavoidable, potentially damning, Trump party. If all of this went down in the first day, I am both excited and terrified to see what is going to happen this week.

How do you feel about the convention thus far? Any favorite moments?

Previous Post
Badass Q and A With: Shelley Ruelle
Next Post
A Big Life Lesson From A Four Year Old