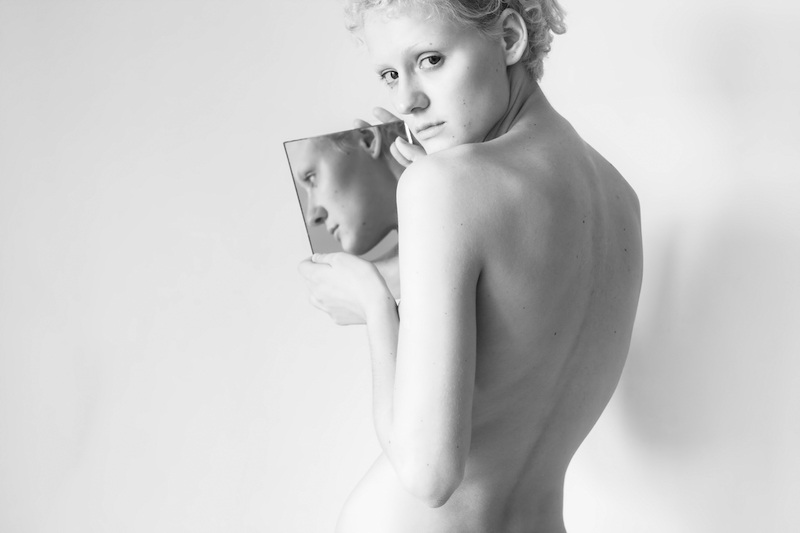 Not too long ago, I woke up, grabbed my iPhone and popped onto Facebook to see what I had missed since falling asleep. What can I say other than I play on social media like it’s my job. Normally my news feed is full of baby photos, food, and travel shots and the occasional questionable joke. On this particular morning, I was faced with a photo of a food stamp with a note to “those on welfare” who “don’t work” and “milk the system.” The post was calling for “accountability.” I just shook my head in disappointment.

While most political comments don’t hit me very hard (we all have a right to our opinion), I have a difficult time with those that group any set of people into a section and blame and berate them. It’s especially disturbing when those I know make these kinds of statements and then look me in the eye and say it to me as though I am above some kind of fray. Quite frankly, it makes me sick to my stomach. Yes, there are people who abuse all kinds of systems, regardless of their tax bracket, but too often I hear people equate poverty with laziness or worse, criminal behavior, and it’s heart-wrenching for me on a deeply personal level.

I have made no secret that I come from way down. I grew up in various cockroach-infested apartments with a violent, drug-addicted ex-felon father and a mother who did me both a favor and a great disservice by leaving. The only person I had to watch over me and make sure that I had food, water, and ice for my wounds was my beloved, hardworking and retired grandfather who supported me with a $500 monthly budget that was paid to him via pension and social security.

When we lost our home (thanks to my father skipping bail) we moved into our fishing trailer and ate Pork and Beans nearly every weeknight for dinner. On weekends, we lived lakeside and ate the fish we caught. Finally, after we had to spend one third of our income on my eyeglasses, we went to sign up for food stamps, and stood in line for our boxed block of “government cheese.” For a former foreman and a little girl who was already made fun of for a number of reasons and who was particularly sensitive to her grandfather’s feelings, it was humiliating.

I hated seeing my proud and dignified hero standing in line for handouts. This was a man who prided himself on being self-sufficient and instilled a sense of duty and independence in me from day one. We were not drug addicts living the high life-we were just poor.

“You will be educated and life will be better for you when you get older, Brenda Lynn,” he promised. He was going to fight like hell to see that it happened. “You just need to go to college and you’ll never have to go through this again.” But I was five years old. We had a few years, hospital trips, pairs of shoes, and meals to worry about.

My grandfather had a moral fiber as thick as wool. He was a God-fearing man who treated everyone with dignity and respect, volunteered to help others, worked odd jobs to make money for us, and taught me to also treat everyone with dignity and respect, reminding me that “we are all equal, and we all put our pants on one leg at a time.” He may not personally have agreed with your way of life, but he’d certainly vote for your right to live as you saw fit as long as it did not hurt anyone else.

He tipped his hat to women on the street. He firmly shook the hands of men. He opened doors. He gave what he had to help others, and he kept his word. He pressed and polished our cheap clothes and shoes to make us look as nice as possible. He didn’t smoke, drink, or do drugs. He paid his taxes-on time.

My grandfather wanted what all good, decent, and loving fathers want for their daughters—the best, safest, and most dignified life. While he’d have to save up for a few months to buy me a new dress at Sears in order to see the bright surprise flash across my face, I believe we were rich. Very few children enjoyed the conversation, love, companionship, and connection we had. Having a hamburger and slice of pie once a week was our “big date” when we could afford it, and believe me when I tell you that there is still no better “date” for me today.

I was raised to believe in hard work, the value of education, human interaction, honoring your word, equality, making your own way in this world, and helping others. When he passed away, everything beautiful in my world went with him.

I was bounced from home-to-home and turned to the system only once when I was cold and needed somewhere to sleep over Thanksgiving. I walked into Juvenile Hall and asked to stay there. Those two days were enough time for me to realize that I needed to stay under the radar.

God knows it would have been easier to have food stamps to offer someone to take me in or medical insurance, but I had to make due without both. On the occasion that I needed to go to the doctor, I went to Planned Parenthood. Not to exercise my right to choose, but for breast exams and free medical attention in a facility that treated me like a human being.

When I tried to work at 14, I was told I was not old enough to get a full time job. So, I worked under the table when I could and accepted food, clothes, and shelter from those who felt sorry for me. Equally humiliating.

When it was time to go to college, I had the grades and essays to get in, but I was under 24 and that meant that I needed a parental signature. I was on my own and never a ward of the court, a painful purgatory for someone who ached to just get to the starting line like everyone else.

Thanks to President Clinton, an amendment was made, making it possible for kids who had been on their own and who had stayed out of the system (i.e., bounced from home-to-home or on the streets) to prove they were alone and apply for loans on their own and go to school. With that, a scholarship, and loans, I attended American University, excelled where I could and interned at The White House.

In the time since childhood and now, I have made an incredible family of friends who are on both sides of the political fence. Some of my friends feel very strongly about helping others whereas others feel we should all be responsible only for helping ourselves. Some of my friends are gay and have been humiliated, put down, abused, shut out, and treated as second-class citizens by family members and strangers alike solely because they love the “wrong” gender. I have friends who have started rehabilitation programs and others who have benefited from them. I have friends who go to church every week and others who have never stepped foot into one. I personally believe in God and God said that we should steer clear of judging others unless we want to be judged ourselves. I believe God judges deception, bigotry, cruelty, and those who live their lives in ways that bring pain to others.

You may not believe this. We don’t have to agree. But I will still show you respect, not only because that’s how I was raised, but because it feels right on a deep and human level.

I am writing this because I want to say that I was one of those “welfare” people so many people callously group into the “lazy” section of the room. While I am now often told by these same people that I am one of the hardest working people they know, the reality is that there is no way I would be where I am today without the help I received in my past. Some tell me, “Yeah, but you are an exception.”

I am just one of the many people born under difficult circumstances who wanted to do better and needed a little help getting onto my feet. Now that I am on them, I do my best not to forget what it felt like when I was not. If anything, my past has benefited me in that it has served as a strong warning not to play the “we” vs. “them” game as one day you might be the “them.”

Previous Post
Your Ultimate “Get The Job” Checklist
Next Post
Want A Good Team? Be A Good Manager.