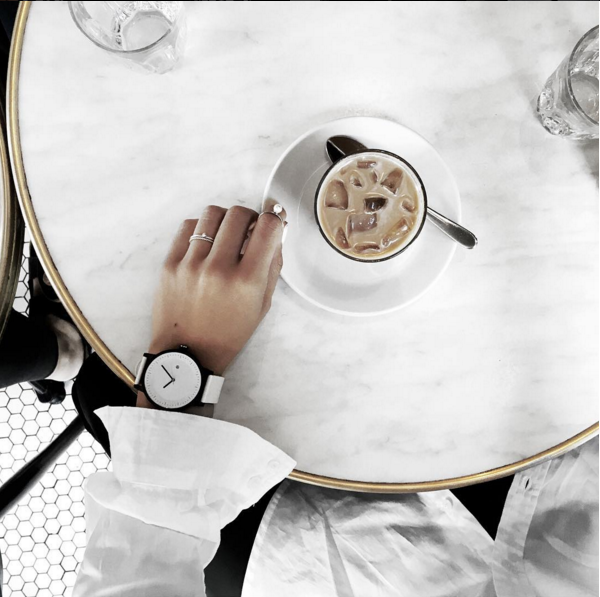 Love this photo as much as we do? Follow @Twiceblessed_ now!

Nearly twenty years ago, when I was in my early twenties and on the cusp of what would become a lifelong adventure of living in the capital of Italy, I had a William Hutchinson Murray quote taped to my bathroom mirror: “Whatever you can do, or dream you can do, begin it. Boldness has genius, power, and magic in it!”

Actually, it wasn’t even technically “my” bathroom mirror; I was back living with my parents after six years on my own — four in college and two out in the so-called “real world”.

I was shocked to discover that adults out there in that promised land sometimes acted just like the kids I knew back in high school: cliques, competition, immaturity. This wasn’t what I had signed up for! Wasn’t all of that supposed to end once we got out in the real world?

The actuality of the real world became a razor-sharp line dividing what I had dreamed of during my university courses — a nebulous but glittering world where I’d finally be “out there” on my own, doing what one does to self-actualize (thank you, Maslow and your hierarchy of needs) — and the daily grind of swiping a badge, learning how to fly under the radar of office politics, and trying to make my anonymous cubicle feel more like home (a cozy tabletop lamp from Target shocked my conservative colleagues — you can do that to a cubicle?).

In an attempt to soothe my frazzled nerves as the only “creative” position in a large corporate banking institution (literally, I had the only Mac in the entire building of nearly 500 employees) and on the heels of having left my first post-college job as a copywriter at an ad agency only to discover that I wasn’t living the dream, I started studying Italian two nights a week at a community college.

Meanwhile, I was in one of those relationships that — while I am not proud to admit, I am honest — I knew had no future but I kept around selfishly just to avoid being alone. This was a boyfriend I had unexpectedly acquired just days following graduation and was a relationship that had, in fact, kept me tied to a city that was an absolute terrible fit for me.

Italian lessons were my escape and my solace. They were a way to challenge my brain and indulge in a fantasy world. In that world I saw myself speaking an exotic, melodic language, in a land where the women were stylish and sleek, the men were elegant and not afraid to kiss each other on the cheeks, and the food was abundant and divine.

I was sure that in that world my boyfriend was a dark, curly haired soccer player named Marco.

It became a bit of an obsession — an escape from the humdrum of daily corporate life. I worked on my Italian homework in the ground floor lunch room, keeping an eye on the clock so I could swipe back in on time.

I couldn’t stop asking myself: “Is this as good as it gets? This is what I worked all of those years in school for?”

I became close with some of my older female colleagues — some truly badass women in their 50s and 60s with life experience to share and I listened up. Every single one of them told me: if you want to have an adventure, do it now before you have the mortgage, the car payments, the kids, etc.

I tentatively began planning a one month sojourn to Rome. I’d quit my cubicle job. I’d leave the inhumanely sizzling southwestern desert city that was a few sizes too tight. I’d go abroad for the first time ever and “find myself” — and perhaps in the process find a way to detach from a relationship that was quickly leading to a planned cohabitation on the east coast.

I booked a flight and a one-month Italian language course at a school in Rome using the still-fresh-out-of-the-packaging Internet (circa 2000).

I quit my cubicle job, giving a month’s notice.

I began packing my things as my boyfriend found a job in Washington D.C. where we’d happily move together after my month abroad.

I felt lost, so the idea of finding myself, of escaping, became the ultimate temptation and the ultimate risk.

As I planned my trip, everyone asked me if I was crazy. Or rather, everyone made comments that seemed to imply that I was crazy, or, at the very least, not up to the task.

“You’re quitting your job?!” “But you’ve never been to Italy!” “Rome is crazy!” “You’re going alone?” “I heard the women don’t shave their armpits!” “They don’t speak English!” “You don’t have the right clothes!” “Those people drive like maniacs!” “You’ll get fat eating pasta and bread all the time!”

And, the most damning and anachronistic of them all: “Men pinch women’s butts on the subway over there!”

Yet: nearly sixteen years later, I am still living in Rome. 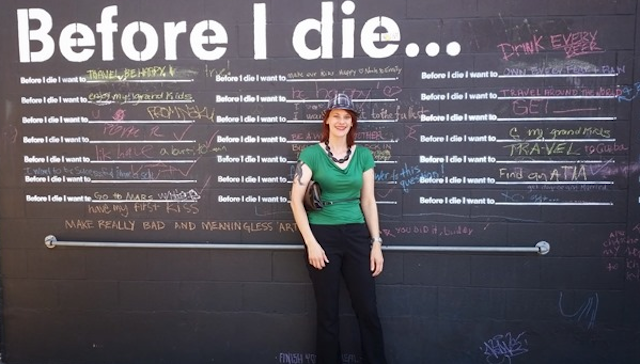 How I got from there to here is a long, beautiful, imperfect, flawed, bold, brave, daring, fearless, terrifying, reckless, heartbreaking, exhilarating, challenging, and serendipitous melody of life forces coming together to create a patchwork quilt of experience.

Moving abroad, like any big decision that seems “foreign” to those around you, is not for the faint of heart.

But the key in that phrase isn’t “those around you” — it’s “heart.”

When you get quiet and honest with yourself, what does that part of you say?

In life, if we don’t feel nervous or scared sometimes then we’re probably not living up to our full potential. We’re not stepping into that uncomfort-zone where the real living happens and where there are no guarantees except for the promise of new experiences we never thought possible.

“I tend to think you’re fearless when you recognize why you should be scared of things, but do them anyway,” Christian Bale.

Whether it’s moving to Italy or moving out of your parents’ place, think about something that feels impossible but that you long deeply to do. Then, ask yourself these questions:

How would it feel if I were actually already doing what I want to do?

What are the actual obstacles that stand between me and this crazy idea of mine? How can I actually overcome them?

What’s the worst that could happen? How could I/would I handle that outcome? What tools do I already have at my disposal?

What are other people saying? How does that match up with my own thoughts?

Getting in touch with yourself and making things real—step by step—is possible. Listen to your own voice and trust that life will always give you exactly what you need exactly when you need it, even if it’s not always exactly what you want.