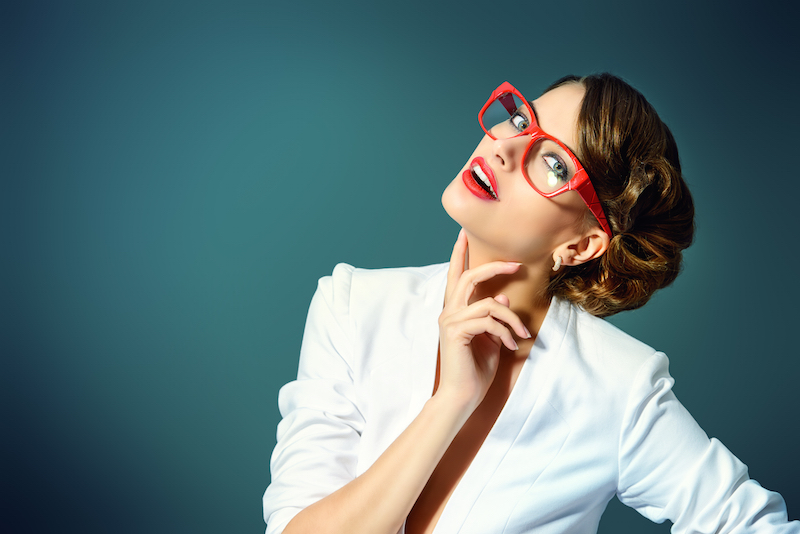 By Amy Hussey, Founder of ELIZADesignsLA

When I was in an executive position for Queer Eye for the Straight Guy one of the stars asked me, “Why do you always wear heels, even to the set?” I looked down at my heeled boots and realized I had never thought about it until that moment. I looked back up at him and said without much thought, “Because you need a little bit of femininity in a position of authority.”

For most of my career, especially at my last company, I was around respectful men that treated everyone equally. Perhaps it was because of these men that I never needed to bring being a female into focus. Some people have told me that my positive experience of being a woman in such male dominated industries is very unique. Perhaps it is this unique way of looking at the work environment that has prompted former employees, both men and women, to say that I helped create one of the best working environments they had ever experienced. Women especially found it helpful in giving them the confidence to succeed. For this blog, I went back and spoke to former employees to see if I could succinctly articulate what made the culture so productive and welcoming. As a note, I can’t take credit as the sole person responsible for the environment; it takes players to make a team and I had an amazing boss. So, I humbly present four points to creating a work environment that benefits a company, contributes to staff retention, optimizes productivity and makes an ideal workplace for women to prosper.

This created an environment that nurtured out of the box thinking and fostered teamwork. I have also been told that it was significant in allowing the women to be vocal with ideas and to take chances they wouldn’t normally take because it wasn’t a culture of blame or “ass-covering.” The unwritten policy was to let people tell you their concerns and their mistakes, to listen and to find a solution or to find a way prevent repeat mistakes, all without asking ‘who.’ We asked ‘where’ it happened or ‘how’ but we avoided the ‘who.’ Conducting business this way allowed staff to try out new things without fear. No one was going to get the finger pointed at them in the end so it allowed them to work as a team.

Genuinely said, these words are some of the most important because they convey caring, gratitude and signal respect. We always made it a point to say “thank you” to everyone: from the lobby staff to the maintenance workers to the executives that came in from our parent company in London. On the occasion that I left and there was still staff working, I always said “thank you” and “good night.” Throwing in a “please” acknowledged that what was being asked was a request, not a demand. In our Monday morning staff meetings, we would ask the department heads to name anyone that worked over the weekend, or had gone above and beyond the week prior. We wanted to be able to say “thank you” to that person by name. It was often a successful way to get the names of the hard working entry-level staff recognized in front of the company executives.

A former employee recently told me that seeing my office door open made a big difference to her and to other employees in creating a welcoming environment. To them, having my door open implied that there were no secrets, that we were engaged in their work, that there was no hierarchy and that we were a team. With the door open it meant that anyone could come in at any time to run an idea by, to get a quick confidence boost for a decision, or to simply vent. It also meant nothing was being said behind closed doors that they weren’t able to handle or know. Women especially found this open door policy helpful because quick check-ins, without formal appointments, sometimes gave them the boost of confidence they needed to vocalize or act on their instincts.

I remember working for a network sports division when it was being merged with a larger company empire. We learned more from the newspaper on our subway rides to work than we did from upper management. It created an environment of fear. Wondering who is going to get laid off fueled rumors, “I heard it was Rebecca in Ad Sales,” and perpetuated the blame game, “Joe said it was okay to go forward with the idea.” When our company went through transitions, we would regularly call everyone together and disclose as much information as we possibly could. We were honest. When we didn’t know something, we said so. When we couldn’t answer a question, we said, “we can’t answer that now but we can tell you this…” Communication from management to all staff reduced fear and minimized time spent worrying that could be better spent productively.

These are just a few of the ways we were able to create a positive work environment while I was COO. I acknowledge that there were challenges to keeping this environment as the company expanded and grew. We weren’t always perfect. My plan is to take all my past experiences, put on my heels to walk through current growth and channel everything into the success of my new company: ELIZA Designs LA.

Amy Hussey has nearly 20 years working in the entertainment industry: spanning sports, digital, television and film. Her most recent post was that of Chief Operating Officer for a Los Angeles based television production company with Emmy Award winning prime-time programming. At that time, in her role of COO she had oversight of nine companies, a core staff of around 75 employees and freelance staff ranging from 200 to 650 depending on the number and type of shows in production. Amy left her position and shortly thereafter was able to pursue her dream of building and running her own jewelry company. ELIZA Designs LA launched in September 2015 to unprecedented success. The company is ‘jewelry that nurtures the soul,’ featuring gems, crystals and natural stones, wrapped in sterling silver and gold. All hand-made in Los Angeles. The company is presently looking to expand into local Los Angeles boutiques and abroad.